Now that the dust has had time to settle post tournaments, we’d like to take some time and reflect back on PCK’s Online Tournaments. After undertaking the running of the tournament, PCK has some words he’d like to share so without further ado, here’s Pharroh:

Pharroh’s Combo Killers would like to thank the players, sponsors, viewers and supporters from all over the world for making our Season 3 competition the best one yet! It is because of each of you that Season 3 was an exciting success, full of remarkable Killer Instinct action.

Congratulations to HW Hologram for winning 1st in our season finale and taking home $1,000, courtesy of the KI Ultra Tour & the Kilgore Community Fund. HW Daa Chronicle came in 2nd with UA Wheels placing 3rd. Thanks to the KI Ultra Tour, a total of $2,000 was given away during the finale alone to our Top 8 finishers.

In fact, during the entire season, over $3,000 worth of cash and prizes was given away to our worthy competitors. Thanks to Ultimate Source, KI Epics, TFC Beads, and Fight Sessions for their donations and support. A special thank you to Microsoft’s James Goddard and Sam Nylen of the KI team for their help and support in the form of the KI Ultra Tour and Kilgore Community Fund support.

The Microsoft KI Team and PCK have 2 special awards to announce with the official close the PCK Season 3. This took longer than expected but we are happy to announce the following awards for 2 amazing competitors this season:

Community Spirit Recognition: Cescent ZipMasterFlex gave up his spot in the finale to put on an amazing show as Commentator. This also gave LetalisVenator a shot at the prize pot. In recognition of this selfless and community friendly act, we’re pleased to surprise him with a Razer Atrox Arcade Stick for Xbox One – EVO 2014 Killer Instinct Limited Edition fight stick.

Unbreakable Spirit Recognition: Next, we’d like to highlight a player that has grinded the game for countless hours. He’s also competed in every single week of PCK this year. He has shown true dedication to the game and the tournament series as a whole. We love this guy’s spirit and because of it, LengaLenga is the recipient of the PCK Stand Out Player of the Year award! In recognition, we are providing him with a code for 12 months of Xbox Game Pass!

With that said, thank you all for your support of PCK from the beginning. It’s been a rocky road but without all of y’all, we wouldn’t be here today. 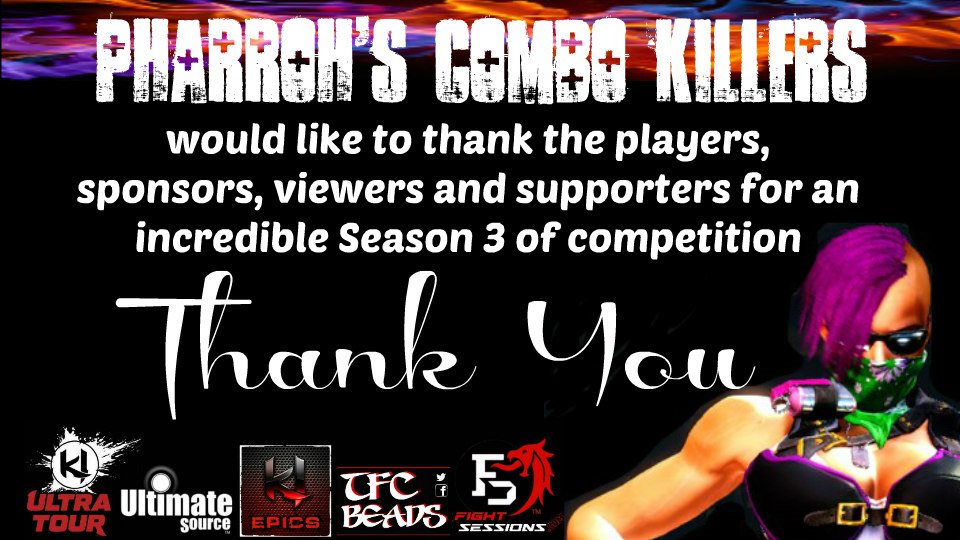 We hope to see y’all continue supporting KI wherever it may be and spreading the word about any tournaments anywhere you can!